I received my Lehigh Breech Plug for shooting BH 209 out of CVA muzzleloaders back from WMD Firearms today. The nitriding was pretty reasonable at $15.00. Anyway, I have some pictures below with the following three plugs from left to right, Lehigh, Western, CVA OEM Blackhorn plug, for comparison purposes. The Western Plug has been finished with NP3, which is why it is not bare stainless steel. The CVA plug came from CVA parkerized. The vent liners for the Lehigh Plug are pictured here as well.

Of special note, you can see that the powder pocket on the Lehigh plug has the largest diameter, followed by the Western Plug, followed by the OEM CVA Blackhorn plug. Also, after nitriding, Fiocchi 616 primers will not fit in the primer pocket. The W209 primers that are 0.300" and longer got a slight crush fit, even with no shims on the firing pin bushing. The longest primer I fired today was a W209 that measured 0.301"; it had a 0.002" crush after closing the breech, but before firing. The other W209 primers I closed the breech on, but did not fire, that measures 0.299" or below, had no crush. The W209 primer I fired had to be removed from the primer pocket by using pliers, and exhibited signs of leaking past the primer cup. Further, the cup had the indentations of the firing pin bushing. The Fed 209A primer I fired measured 0.2965", before firing and after closing the breech, and exhibited no leaking or blowby whatsoever. The pics below have the W209 on the right, and the Fed 209A on the right.

I am planning on shooting with it Monday, and will post additional impressions on it then. And by the way, I know the nitriding likely contributed to, or is the sole cause of the fit issues I experienced.

Just curious, did you initially mate the plug to the barrel before or after nitride treatment? 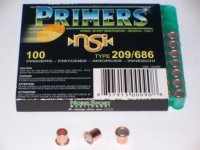 I was under the impression that nitriding didn't change dimensions. It's supposed to just change the surface material on a molecular level. Which is why it can be done to the barrels after boring. But there are a few different types of nitriding.

michiganmuzzy said:
I was under the impression that nitriding didn't change dimensions. It's supposed to just change the surface material on a molecular level. Which is why it can be done to the barrels after boring. But there are a few different types of nitriding.
Click to expand...

I was surprised as well.

"Just curious, did you initially mate the plug to the barrel before or after nitride treatment?

Yes sir, I installed both of them with the wrench before sending them off. I was concerned that if I didn't, I may somehow damage something...probably neurotic, but the way my two brain cells work. HA!

I've not tried the Nobel Sports, but the Fiocchis are also larger in diameter that the U.S. primers I have measured. I put the calipers on them, and they do run about the same length as the Fed 209A primers I have, and aren't even close to 0.300". I know they fit a little tighter in the Western and CVA plugs, but they refused to go into the Lehigh post finish, although they fit snugly prior to the nitriding.
Last edited: Oct 12, 2019

Looking at that pic it looks like the flash channel is at least the same size as the other 2. Sorta looks larger really.

Not according to Rons post. He said it was smaller than 5/32 which i found to be strange. It was right around 1/8" if i recall unless i misunderstood.

The largest gage that fits into the flame channel of this Lehigh Breech Plug is 0.123"

The Lehigh plugs for Knight have 5/32" flame channels. That should have had a question mark after it.
B

ronlaughlin said:
The largest gage that fits into the flame channel of this Lehigh Breech Plug is 0.123"

Well, we all know how to fix that. I haven't bought one yet, because I have my own.

And that leaking Win209 around the anvil is showing why i was concerned about the flash channel. While i have no problem using a Fed209A they simply are not needed in a plug like that. The flash channel volume is small and its short as well. As i mentioned in the other thread my NULA plug is really short and its flawless with a standard CCI 209 but the tolerances are also super tight. The primer has no room to expand so its very hard for it to leak around the anvil even with loads that make far more peak pressure than BH209 will ever make in a 50cal.

Im very surprised Lehigh chose to use a smaller flash channel and a larger "powder pocket". That could be problematic for 45cal owners that want to play around with sabotless in the new 45cal LR.

Nitride didn't do the Lehigh plug any good. Enlarging the flame channel won't do it any good neither. Opinion--this plug is kinda like direct ignition, and will work good if left alone.

Im not sure i would call a leaking anvil working good especially if someone starts shooting a 26kpsi sabotless load in a 45cal. That can easily happen without ever exceeding BH209 120gr by volume max load with a 300gr bullet. Im guessing the OP is shooting a 50cal. 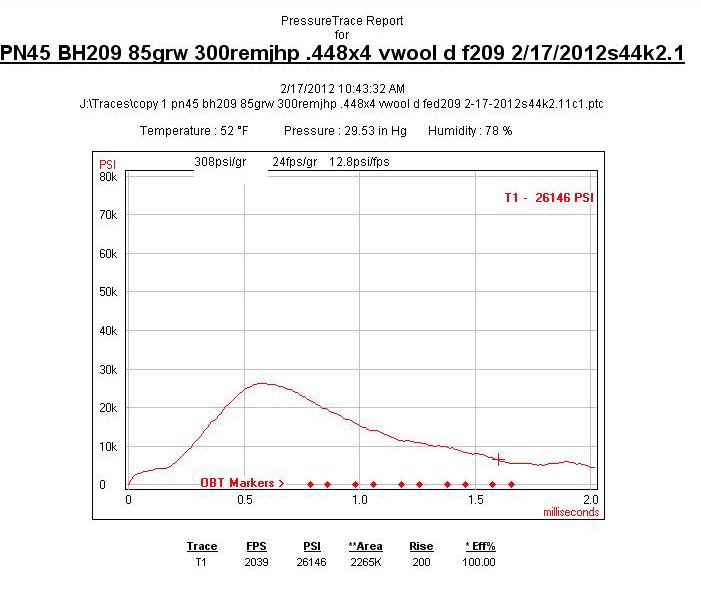 Don't forget he altered the plug with the treatment.

"Nitride didn't do the Lehigh plug any good."

That, sir, is also a matter of opinion. I nitrided the plug for two reasons:

1) My hands produce very corrosive sweat. I rusted a Glock slide, which produced slight pitting, while overseas. When I got back here, I sent the slide in to Glock, and they repaired it free of charge. I can rust bare 416 SS with no problem in a matter of days.

2) I personally don't like an exposed piece of shiny, reflective metal on any of my firearms.

Both of these issues were solved, or one was solved and the chances of the other happening were severely reduced, by nitriding the plug. If I have to use smaller, hotter primers because of the nitriding, then so be it. At the very least, I am shooting a hotter primer which, while not needed, is recommended by Western for BH209, as is the CCI 209M.

Anyway, I shot today, and the breech plug functioned flawlessly. I fired 11 consecutive shots without any issues whatsoever. I only changed the plug out after 11 shots, because I was personally leery of shooting any more consecutive shots. I shot all Fed 209A primers, and had no blowby or any stuck primers. Incidentally, my 100 yard five shot group, using 110 grains of BH209 and 220 (.458") grain Bloodlines, was ~1.5", shooting off of a range bag.

It is my understanding the Lehigh plugs are not 416 SS.

That, sir, is also a matter of opinion.
Click to expand...

True, that it is.

ronlaughlin said:
It is my understanding the Lehigh plugs are not 416 SS. 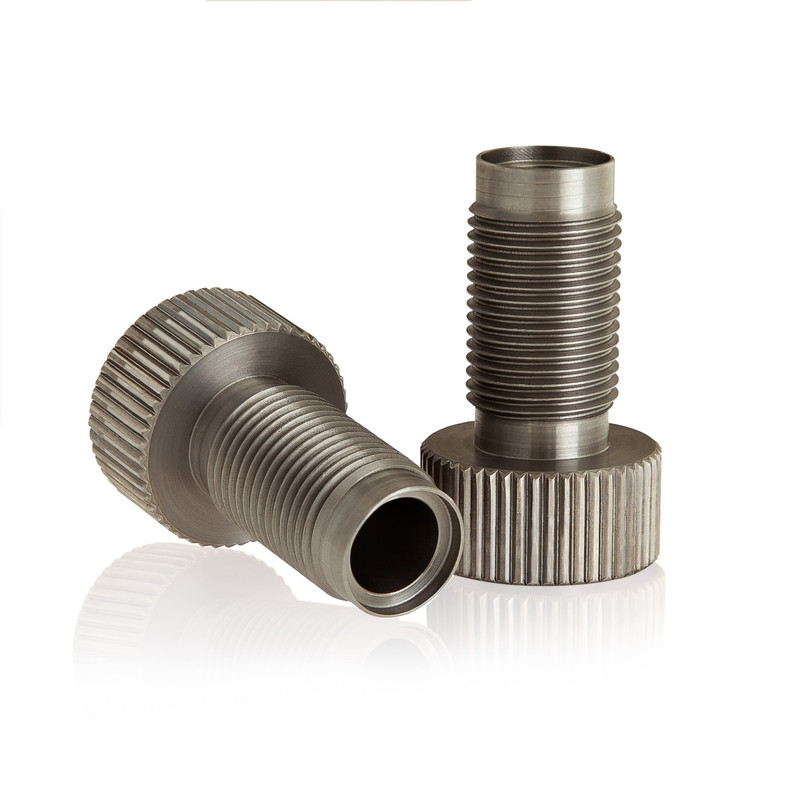 This enhanced replacement QRBP is for 209 primer ignition Wolf, Optima,and Accura V2 rifles. The breech plug body is made from 416ss and is designed for Blackhorn 209® loose powder. The plug uses our proprietary replaceable vent liner (one installed) for extremely reliable ignition and long life.

Additional vent liners are available in packs of four.

This QRBP will NOT work in the CVA Apex Muzzleloader or any other muzzleloader that was not originally set up for QRBP.

The BP-BP-C1 is not compatible with pellet form powder.