I pulled the Old TC Renegade Breech plug back out again, and popped the Barrel piece off, This is to show up close Detail of how these things were Made. Some have these Visible “Clean Out“ Screws on the side, and Some Don’t (The ones that Don’t, Actually do ) The ones that Don’t have the Visible “Cleanout Screw” If you look closely on the Opposite side you will see a Flush Plug that is NON Removable. It is doing the EXACT same thing as the Visible “Clean out” Screw, it connects the Powder Chamber/Fire Channel Hole over to, and under the Nipple. But instead of using a Removable “Clean Out“ Screw on these ones, They used a Solid piece of Rod Stock Material to Permanently plug the Hole, they then cut it off Flush and Blue over it.

This TC Breech Plug has the Visible, Removable “Cleanout Screw” I Personally LEAVE THESE ALONE!, There is NO NEED to remove this Screw for Cleaning. It was put there because it HAD to be, due to the Way they were made, Obviously They HAD to Plug this Hole somehow. You will see Below 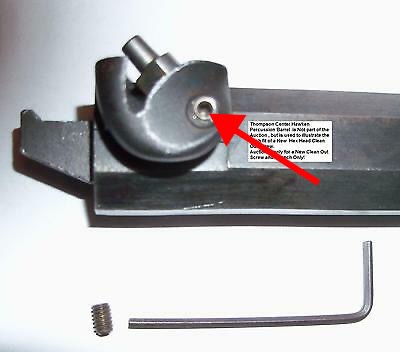 Again, If your Rifle does NOT have the Visible Cleanout Screw, Look CLOSELY on the Opposite Side and you will Spot it, Sometimes they Blend in pretty good, But you will See it Here is a TC Renegade WITHOUT The Visible “Clean Out“ Screw on the Side, as i Explained above, this one comes in from the Opposite Side, and is Cut off Flush, Then blued over. It is NOT uncommon to see a Small Gap around the edge of these Flush Cut plugs, like this. 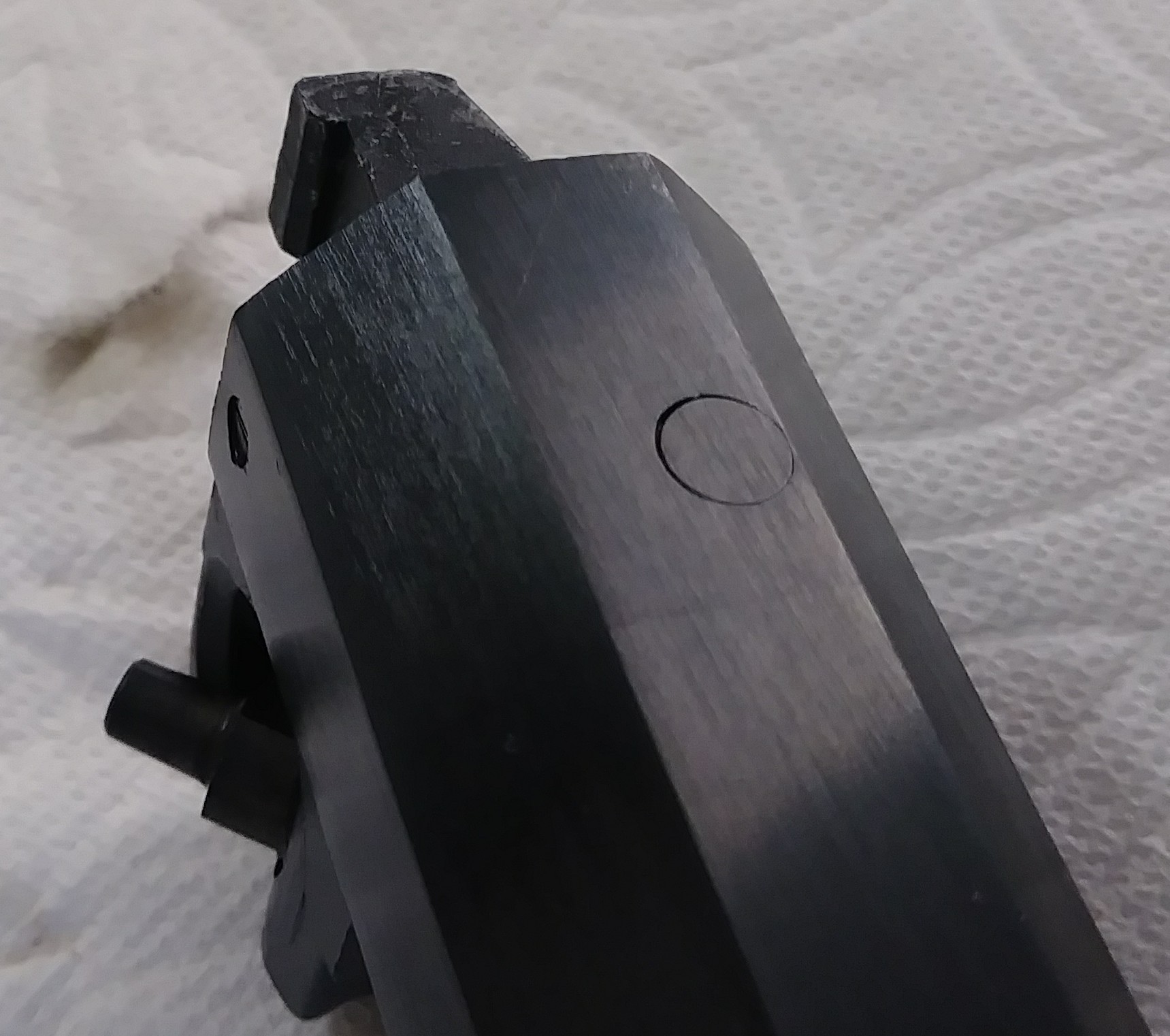 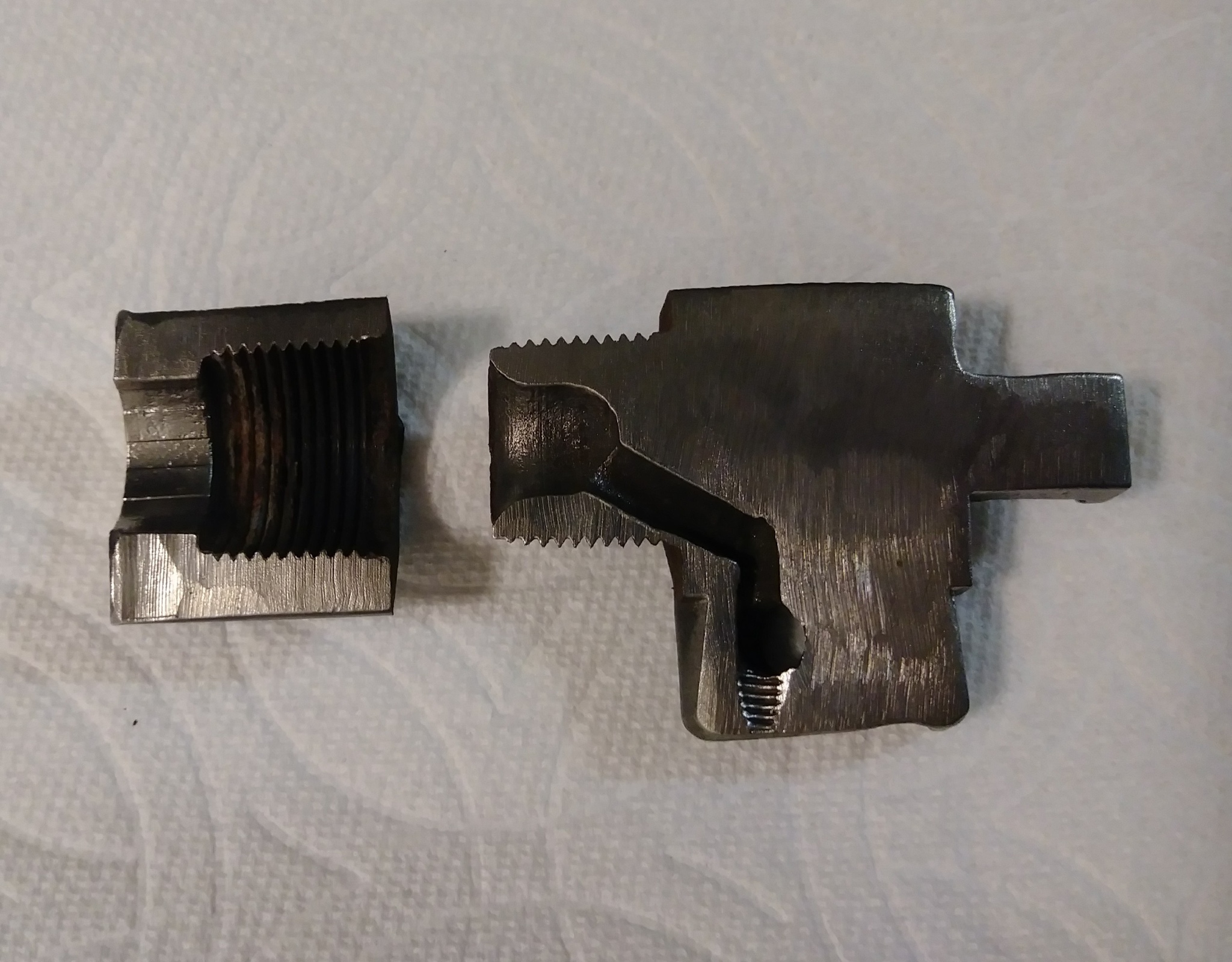 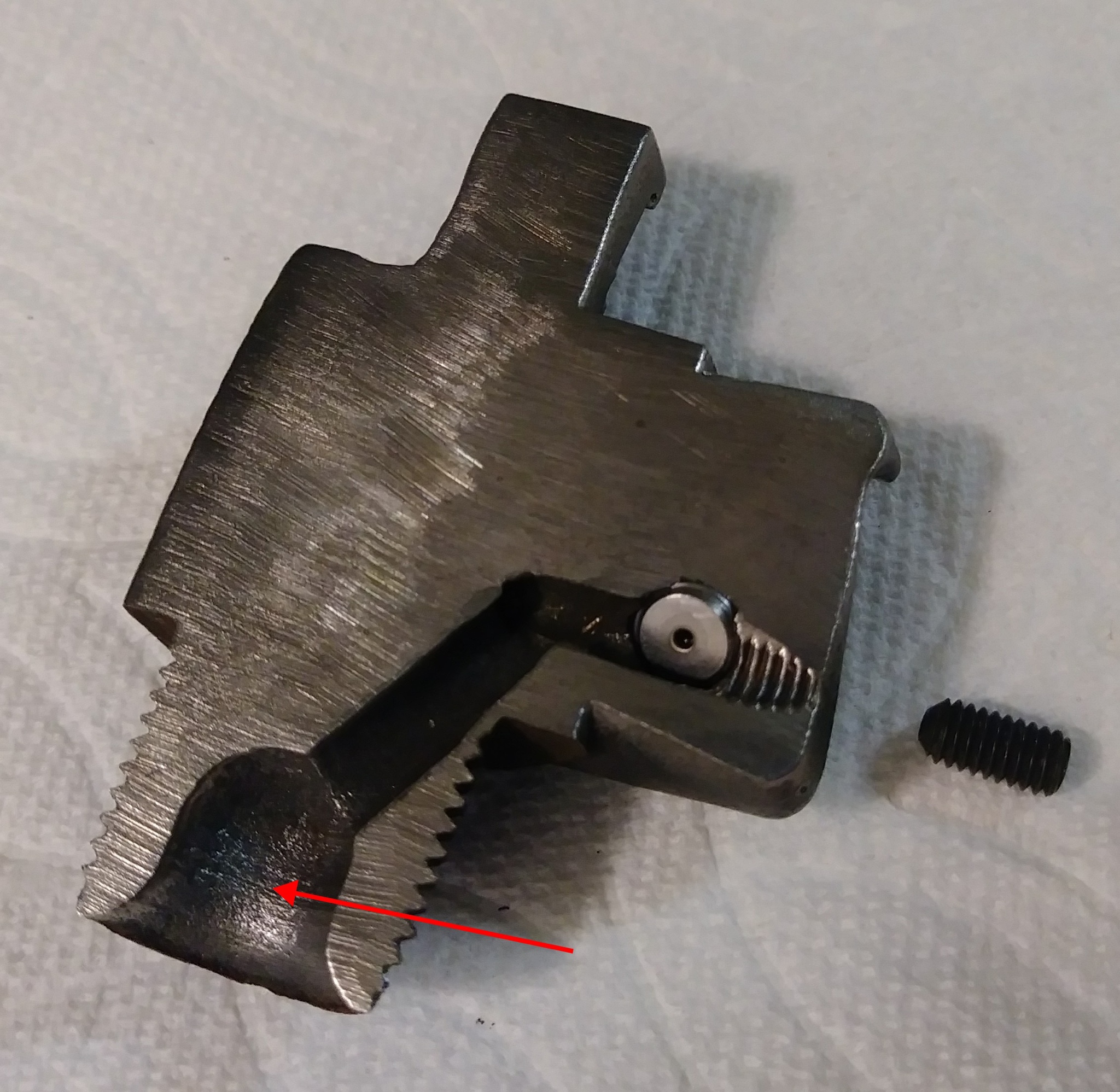 TC made a “Scraper Tool“ to fit perfectly inside their Patented Breeches to Scrape out any Crud that Might Build up here, But fact is, if you Clean properly, There will be NO CRUD Build up here, I rarely ever use my TC Patented Breech Scraper Tool, the Times i have, i have got NOTHING, Which means i am Properly Cleaning, Drying, Oiling, Protecting my Barrels 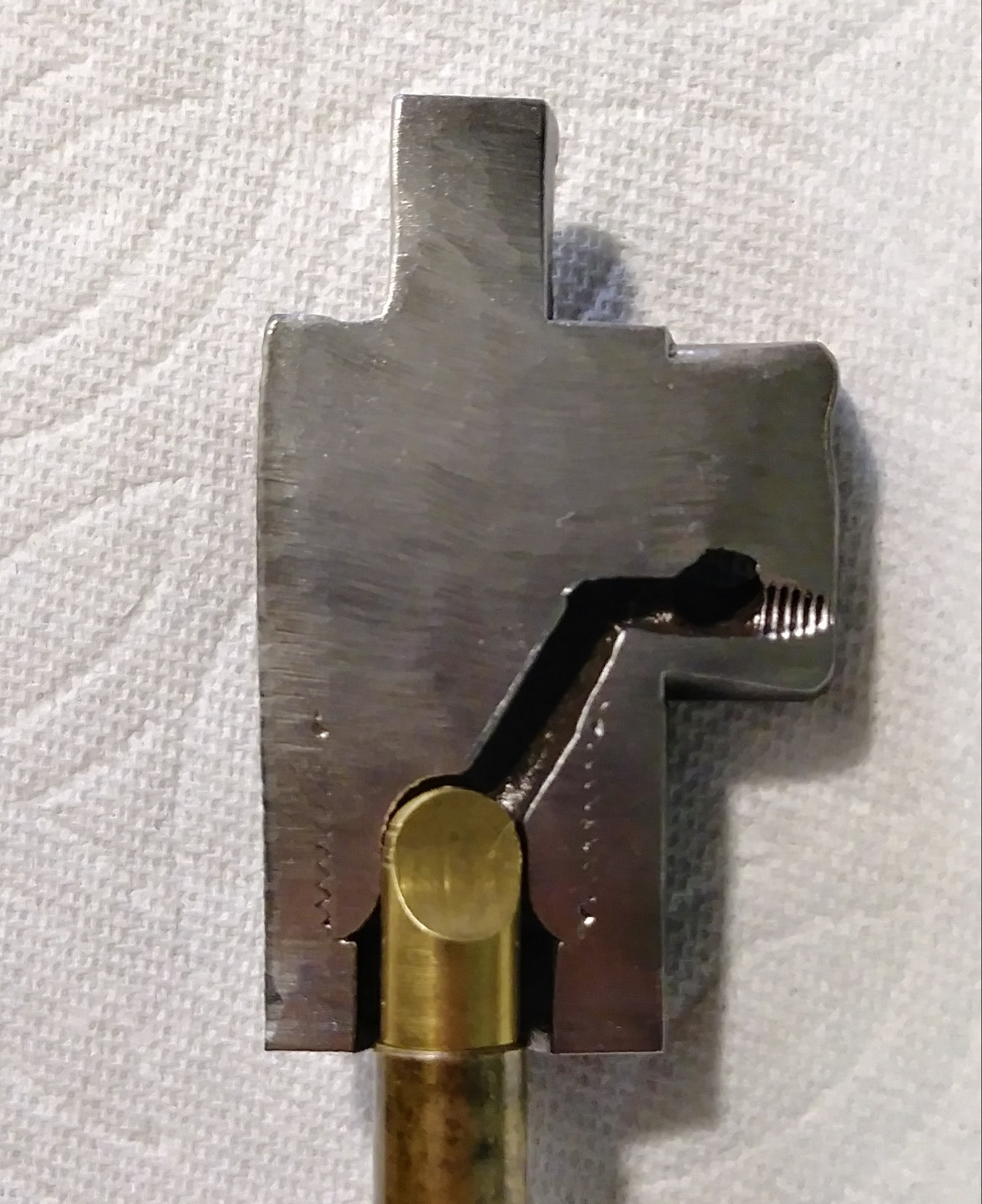 Now Here is how they made these things, They Drilled down through the Bottom of the Patented Breech/Powder Chamber at an Angle, But as you can see they were not able to Meet up under the Nipple, Pretty hard to Drill around a Corner So they went at this angle straight down to the Proper Depth to meet up with the Nipple, Then drilled across to meetup (See next Photo) 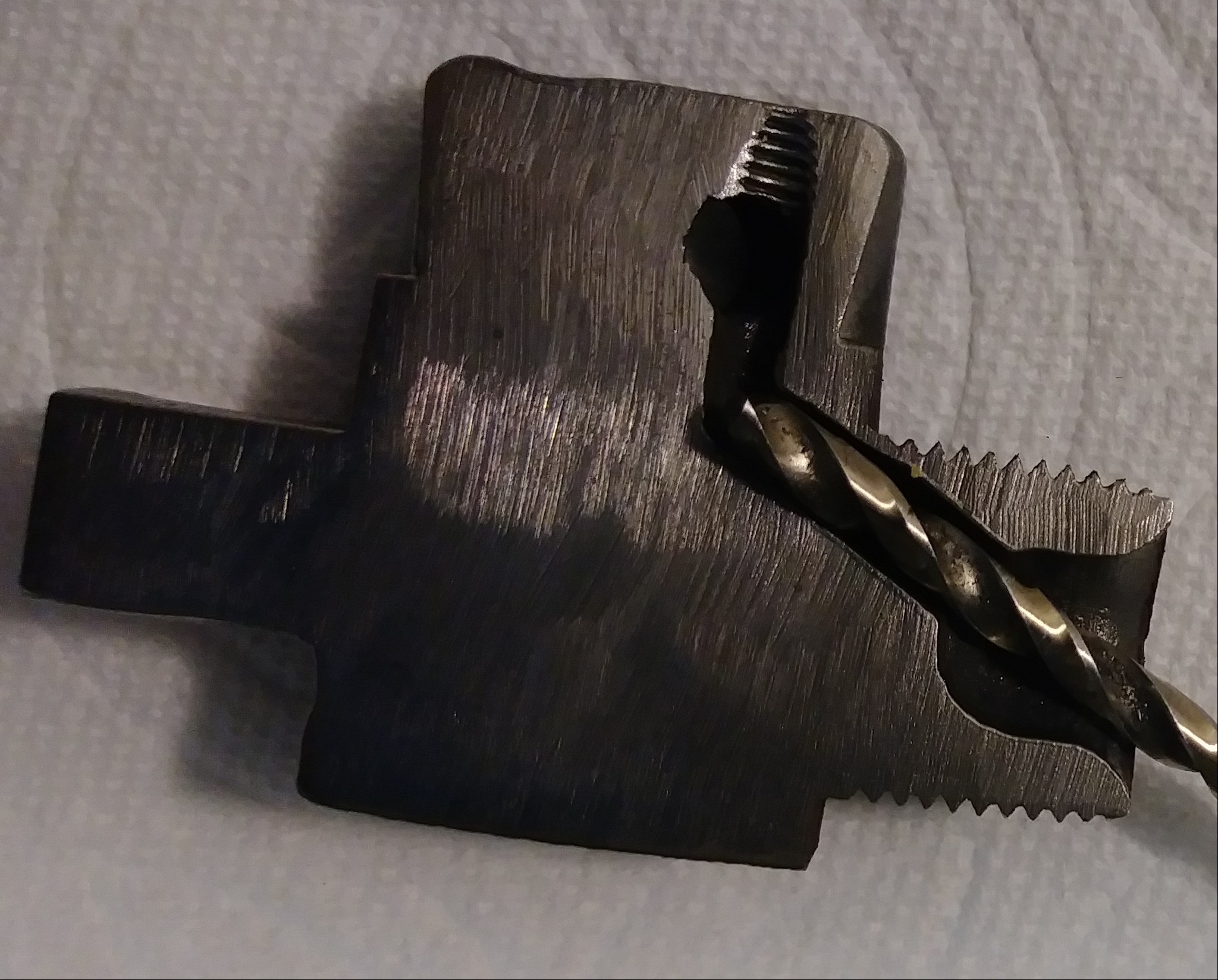 Now they had to Drill Across the Breech plug, Going under the Nipple, and over to Connect with the “Fire Channel“ Hole in the photo above 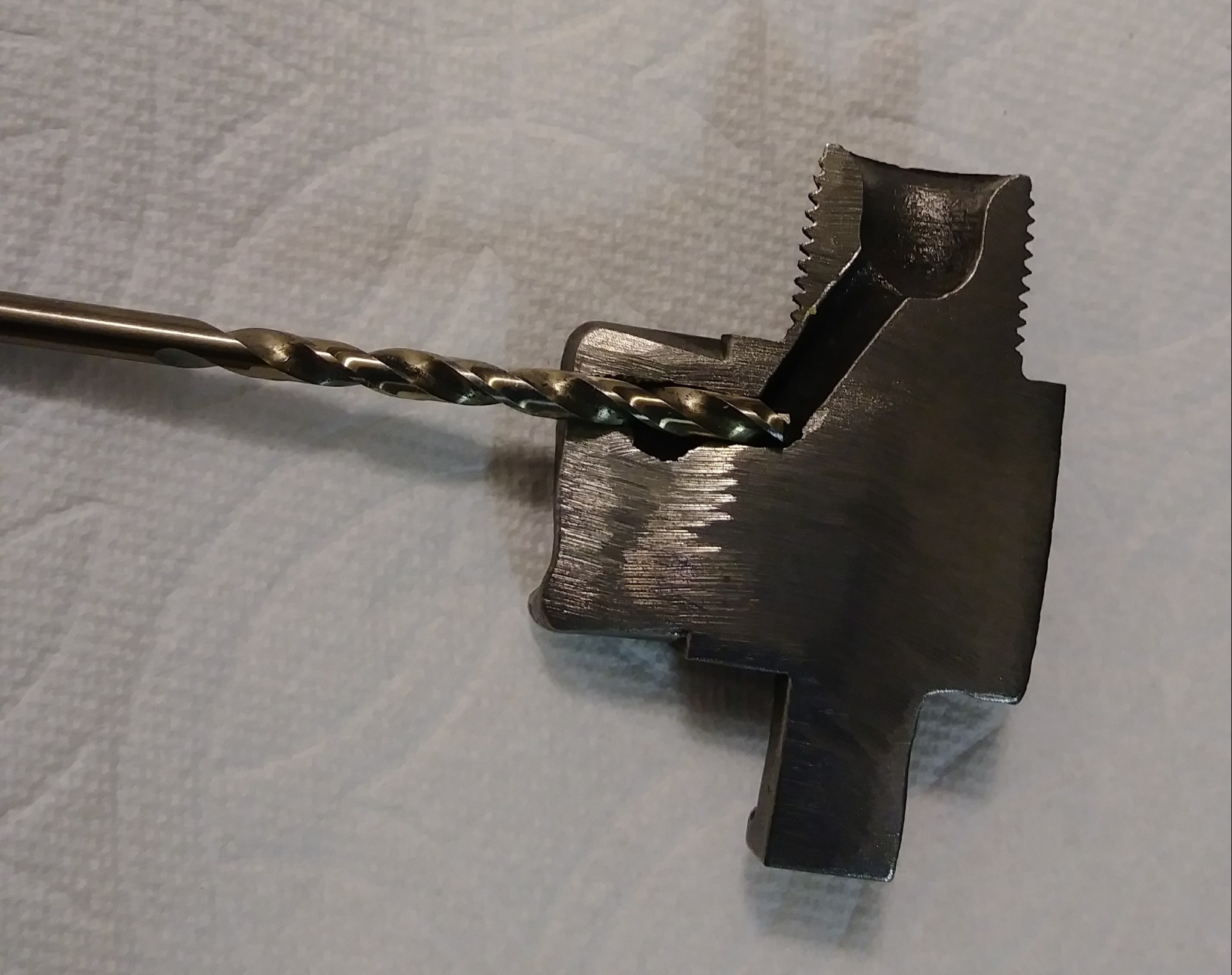 Now that they have the Holes Connected, This leaves a WIDE OPEN Hole in the Side of the Breech Plug, They had NO CHOICE But to Tap this Hole, and use a Plug to Fill it, This is where the Term “Cleanout Screw” Comes from, It is Put there because it HAD TO BE in order to Close off that Hole. Again, it is NOT NECESSARY To Remove this Screw for Cleaning, it is better left WELL ENOUGH ALONE 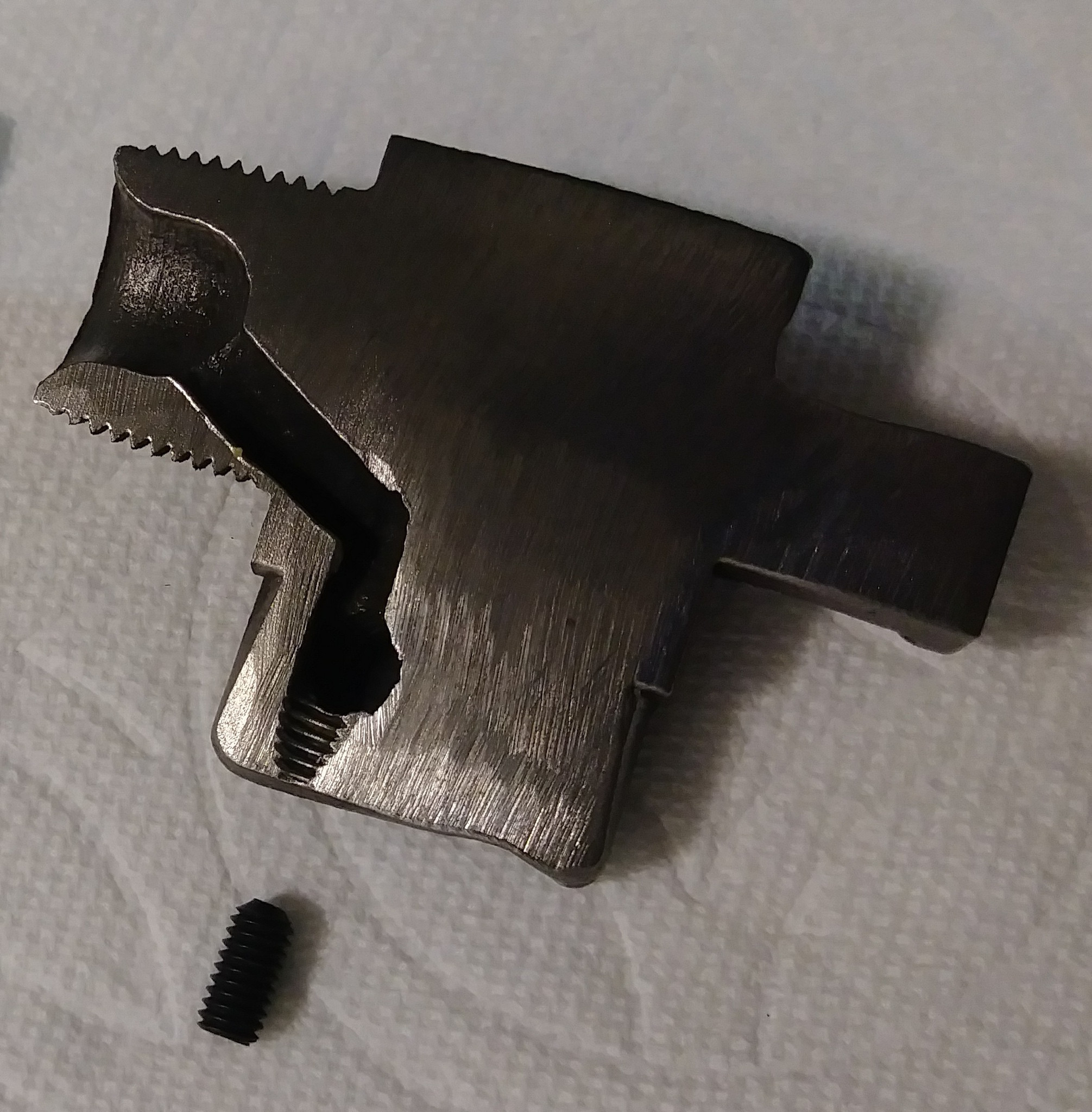 And another photo, this time with a Nipple in place 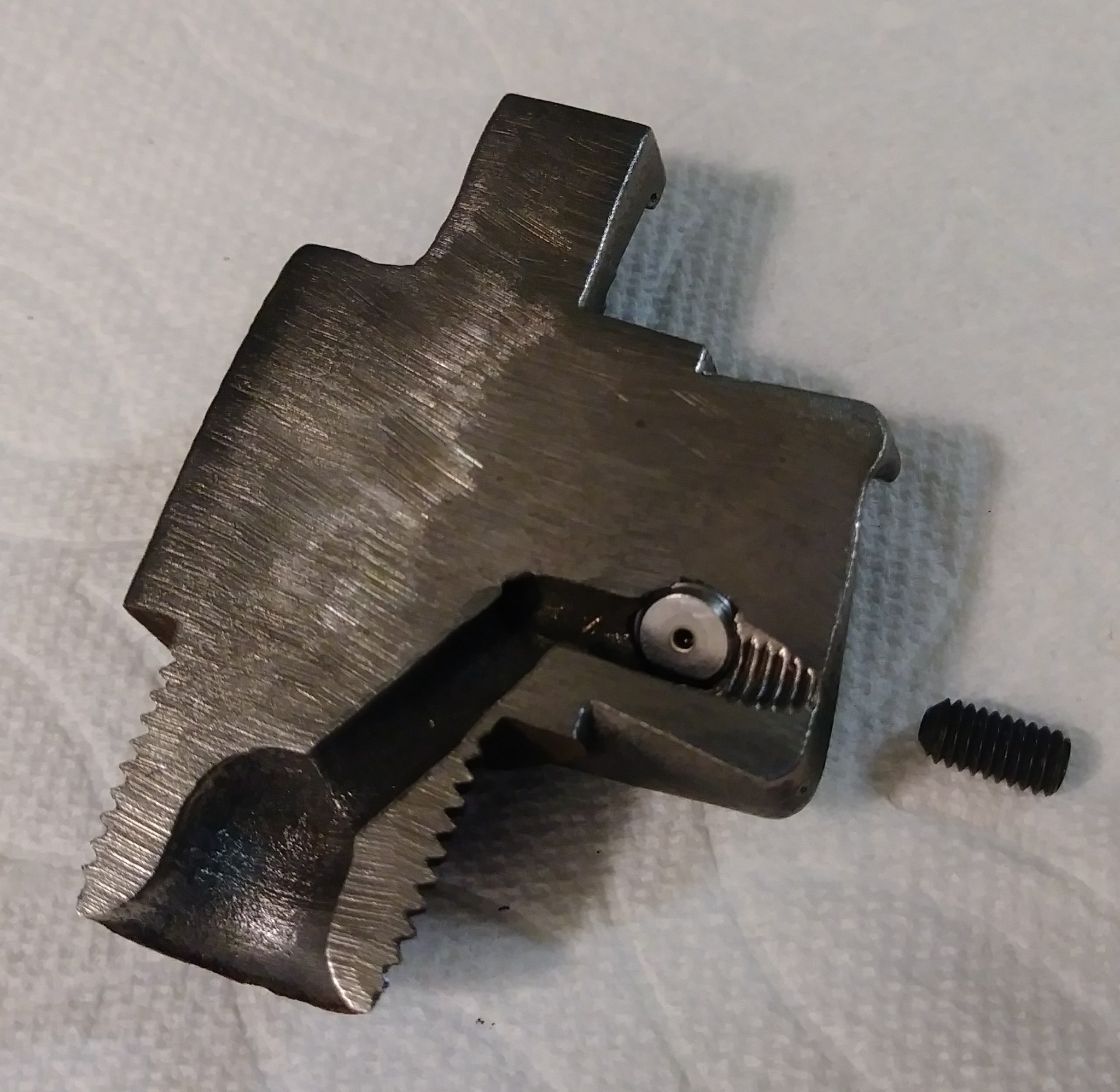 That looks pretty skinny where the fire channel passes near the rear threads in that plug. Is that normal? are they all drilled that close? 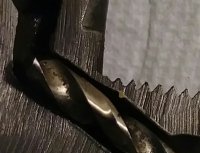 michiganmuzzy said:
That looks pretty skinny where the fire channel passes near the rear threads in that plug. Is that normal? are they all drilled that close?
View attachment 10014
Click to expand...

There is a Barrel around that, which BEEFS it up 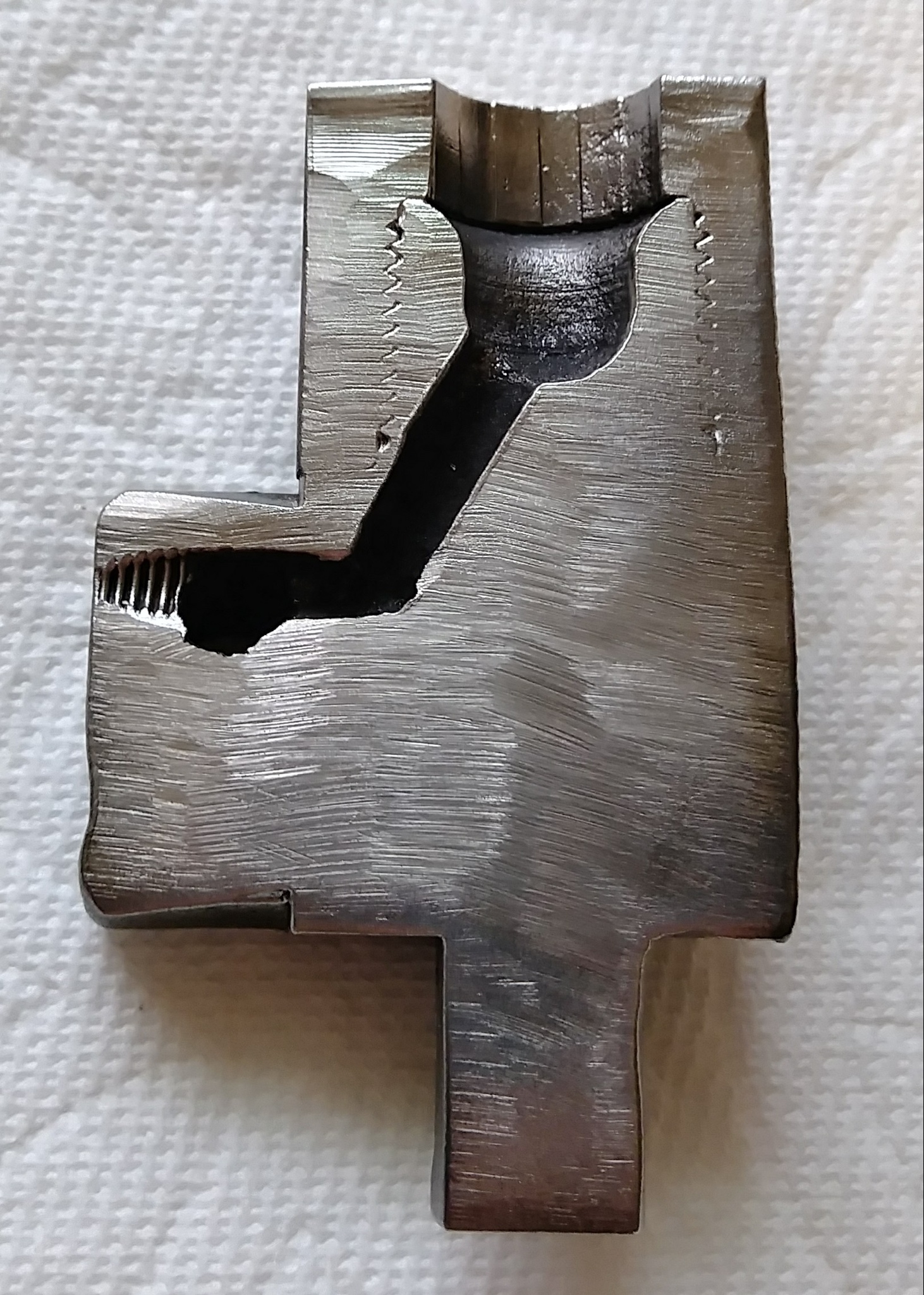 A modern lost foam casting would allow that fire channel to be either straighter or a less severe corner. An actual curved channel right to the nipple with no clean out screw holes on either side. I wish i had the equipment to do it myself.

When you hear me Say that the Green Mountain Breech Plugs are SUPERIOR in Design to the TC’s, This is what i mean. Green Mountain Breech Plugs have a Large Patented Breech/Powder Chamber That goes all the way down to the Nipple, Then simply Drilled Straight across, under The nipple to enter the Powder Chamber, and a “Cleanout screw” to Plug the Hole 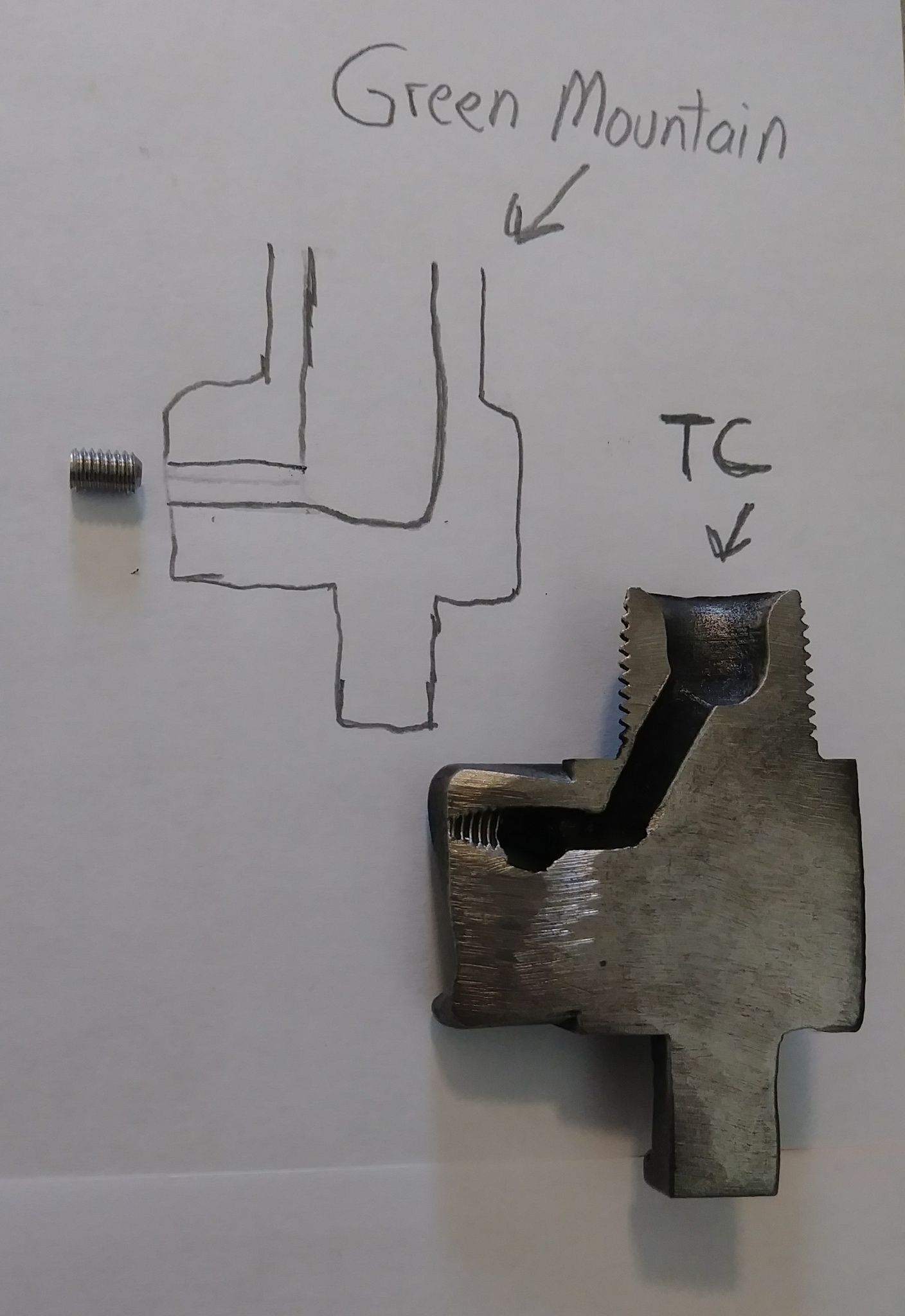 Another view of the ACTUAL Plugs

This is a Green Mountain Breech Plug. Just like my Drawn photo above, They have a Deep Powder Chamber/Patented Breech, you can see the Cross Hole that goes over to the Nipple in the Very back, Left 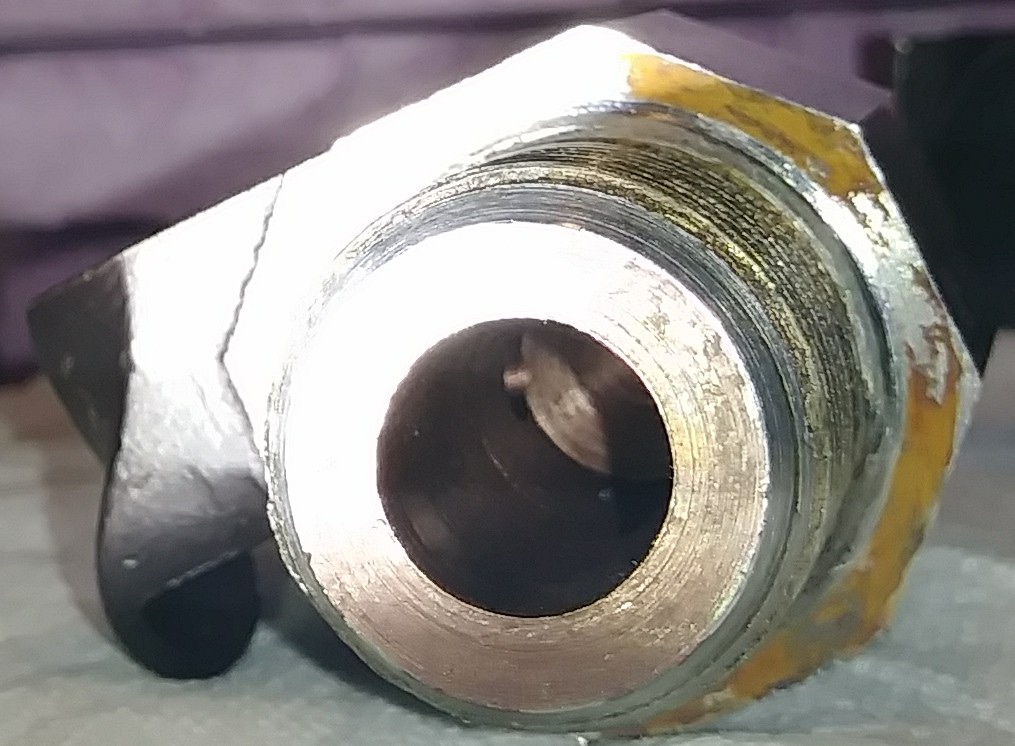 And here is a TC, The Green Mountain Breech Plug above is a MUCH MUCH Better Design. But these Old TC’s Work EXTREMELY well when you understand them, How they are made. You can REALLY see where the Little Handheld Steam Cleaner is a DREAM with these Old TC Hawken/Renegade Breech Plugs 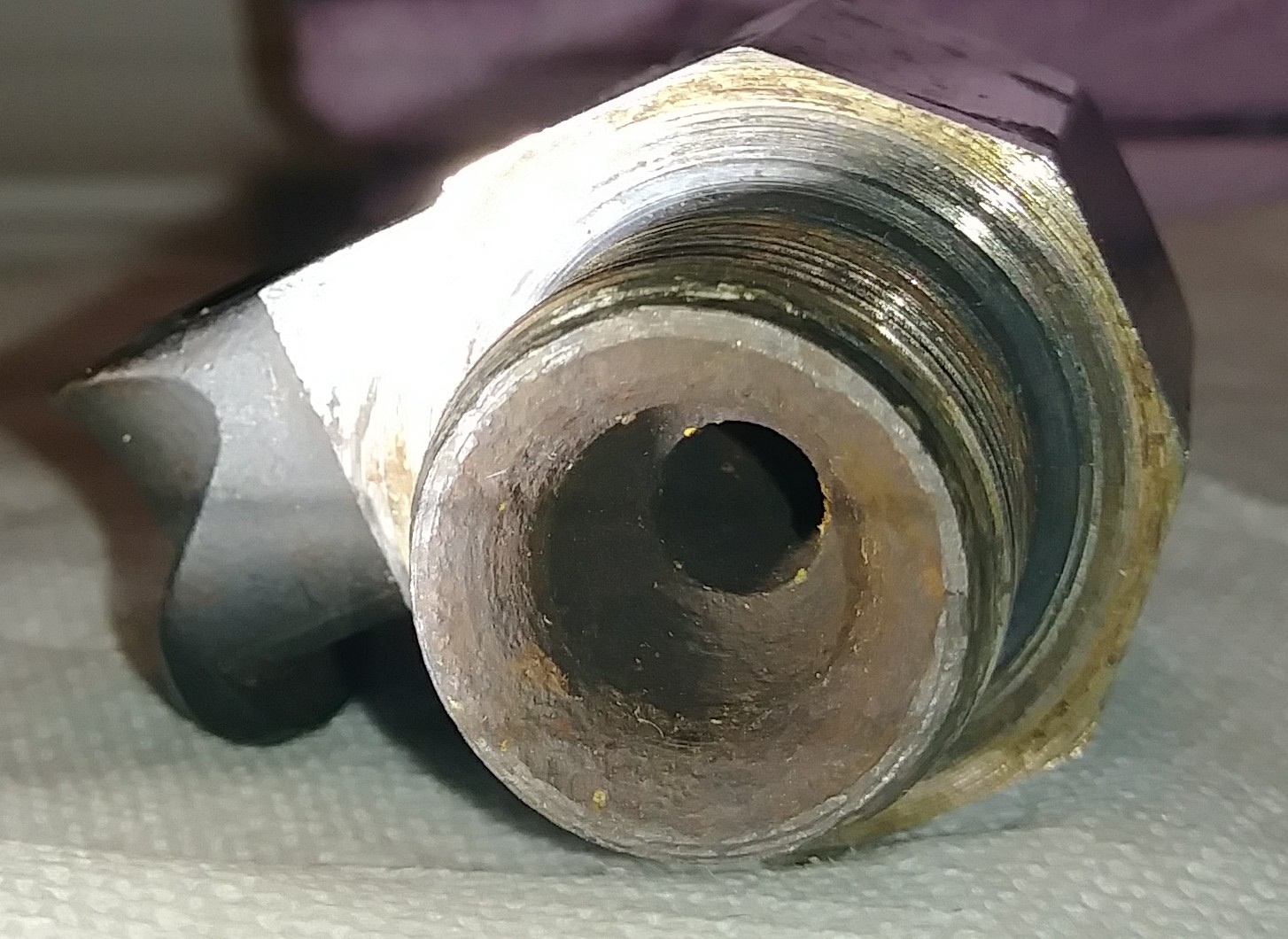 I always thought that pin was to lock the breech to the barrel so has to not be able to remove them. Am I wrong about this? Use to have the T/C wrench to take them off for 15/16 barrel. I’m sure it will turn up someday! LOL

The GM design seems most logical and simple to me in terms of making and cleaning them. Why isn't this the norm?
R

Great pictures! Thanks. I am more familiar with the Green Mountain design. I had always thought they had a small flash hole, like a flintlock, between the nipple and the powder charge. I had read an article about drilling out that hole to a larger diameter many years ago.
R